On November 23, 2018 a national workshop on the promotion of eco-corridors in southern Armenia was held by WWF Armenia in Vayk in the Vayots Dzor region. This was the third National Stakeholder meeting since a first conservation agreement was signed with Khachik

The stakeholder workshop was held in Vayots Dzor Region

where most of the Armenian ECF efforts are invested.

The meeting was attended by the Governor of Vayots Dzor region, the Director of WWF Armenia, representatives from the Environmental Protection and Mining Inspection Body, the Agency for Bioresources Management (MNP), the Forest Committee (MNP), as well as the beneficiary communities (representing 10 villages), and conservation partner NGOs that implement biodiversity conservation activities in community conservation areas.

During the meeting, partner NGOs presented the results of their efforts since the signing of the conservation agreements, highlighting the implementation of a Caretakers Network. Caretakers are responsible for patrolling and monitoring activities within the eco-corridor and also monitor and record investments for socio-economic improvements in the beneficiary communities. The presentation also introduced the challenges faced by local communities during the introduction of new conservation practices and emphasized the need for partnership with government agencies. The NGOs and communities also informed the regional authorities and MNP about future project ideas they have developed to supporting local development in 2019.

Three important outputs from the meeting:

On December 6th a second event took place, acting as a follow up to the Stakeholder Workshop in Vayots Dzor. During this event the caretakers representing the community conservation areas met the representatives of the State Environmental Inspectorate, including the senior management of the Inspectorate and representatives of the regional offices. During this meeting the parties discussed more practical issues such as responding to poaching alerts that caretakers record in the field. They also discussed prevention measures, such as the improved awareness of community conservation areas and the involvement of the local population in conservation activities.

The Inspectorate complemented the efficiency of ECF’s conservation efforts and commended the newly launched Caretakers Network Initiative, stating the improvements the project has sparked and praised the increased geographical coverage of conservation activities. The Inspectorate also committed to organizing a workshop for caretakers on the legal aspects of poaching prevention in Armenia. 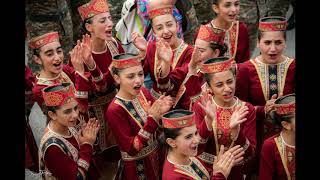